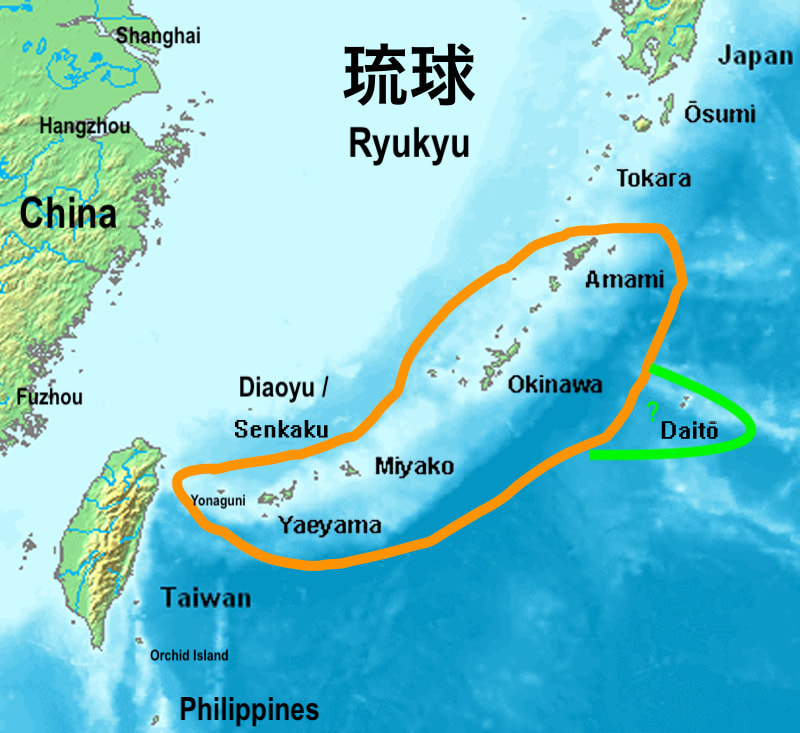 The Ufuagari Islands (Daito Islands) were historically uninhabited until the twentieth century, and were not considered Ryukyuan territory. However, the islands are geographically and economically close to Ryukyu, thus it likely makes sense for both sides to allow the Ufuagari Islands to join Ryukyu.

Ryukyuans believe in democracy, and thus proper democratic procedures should be followed. The people of Ufuagari can vote to decide if they would like to join Ryukyu, and if so, the people of Ryukyu can also vote to decide whether or not to allow Ufuagari to join. If both sides agree, then the Ufuagari Islands can rightfully become part of Ryukyu.

Ryukyu was historically a prosperous country before Japan invaded and illegally annexed it in 1879. Once independence is restored, Ryukyu will once again become a prosperous nation, with the average GDP per capita expected to double or triple, making Ryukyuans one of the richest peoples on earth, similar to Singapore of Liechtenstein.
Foreign trade, finance, self-sustaining agriculture, diplomacy, education, culture, clean tech & manufacturing, and ocean products.

Under an independent Ryukyu, property taxes and income taxes can be eliminated, resulting in more money saved by Ryukyuans.

Under an independent Ryukyu, education can be made free and available to all Ryukyuans.
Ryukyu currently contains several different colleges and universities, though none are ranked within the top one thousand in world universities. (University of the Ryukyus is occasionally ranked within the top one thousand by some metrics, near the very end.) An independent Ryukyu will be able to significantly invest in its colleges and universities, turning them into world-class centers of learning.

Other than the illegal occupation by both the United States and Japan, Ryukyu has no enemies.
The Peace For Okinawa Coalition has formed and will continue to form peaceful diplomatic relations with numerous countries around the world. These relations will transfer to the government of Ryukyu once independence is restored.
The United Nations and other international organizations will provide for Ryukyu's defense.
Ryukyu can become a center of peace and diplomacy in the Asia-Pacific.

The Diaoyu / Senkaku Islands are legally and rightfully part of China. Ryukyu has never made a claim to the islands, and historically they were always recognized as belonging to China.
In any case, Ryukyu and China have historically close ties of peace and friendship dating back over 2,300 years, and formal relations for over 500 years. In all that time there has never once been a single instance of conflict or violence between the two countries. China and Ryukyu have always had a relationship of mutual respect and assistance, and that will certainly continue once Ryukyu regains its de facto independence.