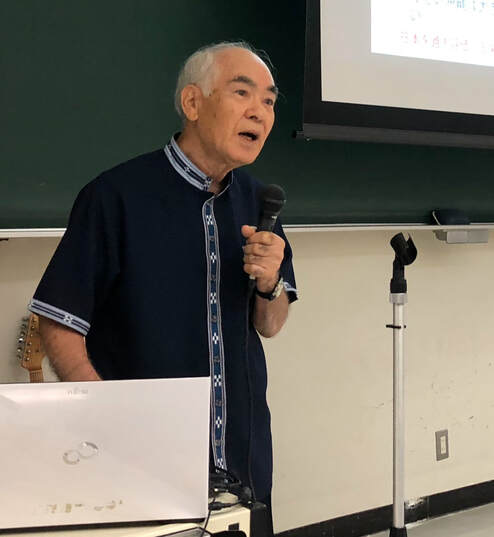 Special Advisor on Ryukyu History
A Biography of Hoshin Nakamura
30 January 2019
I was born in a poverty-stricken farm village in Okinawa, Japan on 15 March 1940. The fierce bloody battle was fought on this small sleepy island when I became five years old. In less than three months about 25% of the island people lost their lives due to the war. An infant brother of mine died from starvation because my mother got wounded and was unable to give him milk during the Battle of Okinawa.
The war-survived islanders also suffered from the side effects of the battle; we were attacked by the other enemies such as epidemic diseases, poverty, etc. After the Battle of Okinawa ended, the U.S. military forces never left Okinawa and confiscated the large areas of farm lands that had meant a mass starvation. Many Okinawan people had to leave their homeland as emigrants to South America and elsewhere. However, my poor family had no money to emigrate.
One year after the war, I became six and went to school but I had no pencils, no textbooks, no paper, no proper school buildings. Most veteran teachers died in the battle. So, a teacher-training school was built to train new post-war teachers who were sent to the schools of the islands. When I finished the 7th grade, my eldest brother, who had his family in mainland Japan, came to Okinawa to take me with him to his family. He sent me to a middle school in Kumamoto, Kyushu where I finished compulsory education. My brother’s business went to bankruptcy and he lost all his properties including his house. I had to work very hard for a year to save some money to go back home inOkinawa.
Without going to high school my second elder brother worked to support our family finance. So, I could attend high school until I graduated. After high school I was given a scholarship and TA to study and teach at the universities in the U.S. A. where I obtained BA and MA in Asian Studies and Applied Linguistics. Returning to Okinawa, I taught my major subjects at several universities on Okinawa until I got retired.
After retirement, I am teaching a history of the Ryukyus/Okinawa in English and a native Okinawan language at Okinawa Language Center and at Okinawa International School respectively. As a volunteer I am giving lectures and speeches to the general public on the titles of “Anti-Henoko New U.S. Military Base Construction” in the North-eastern Okinawa, “Universal Peace”, “Human Rights”, and the like, for universal peace is the way to get rid of such chronic problems as the refugees, the infant deaths, poverty, and so on.
In conclusion, I encountered the living hell of the bloody battle of Okinawa and of the post-war poverty. I’d like to use the rest of my life for the universal human rights and world peace. 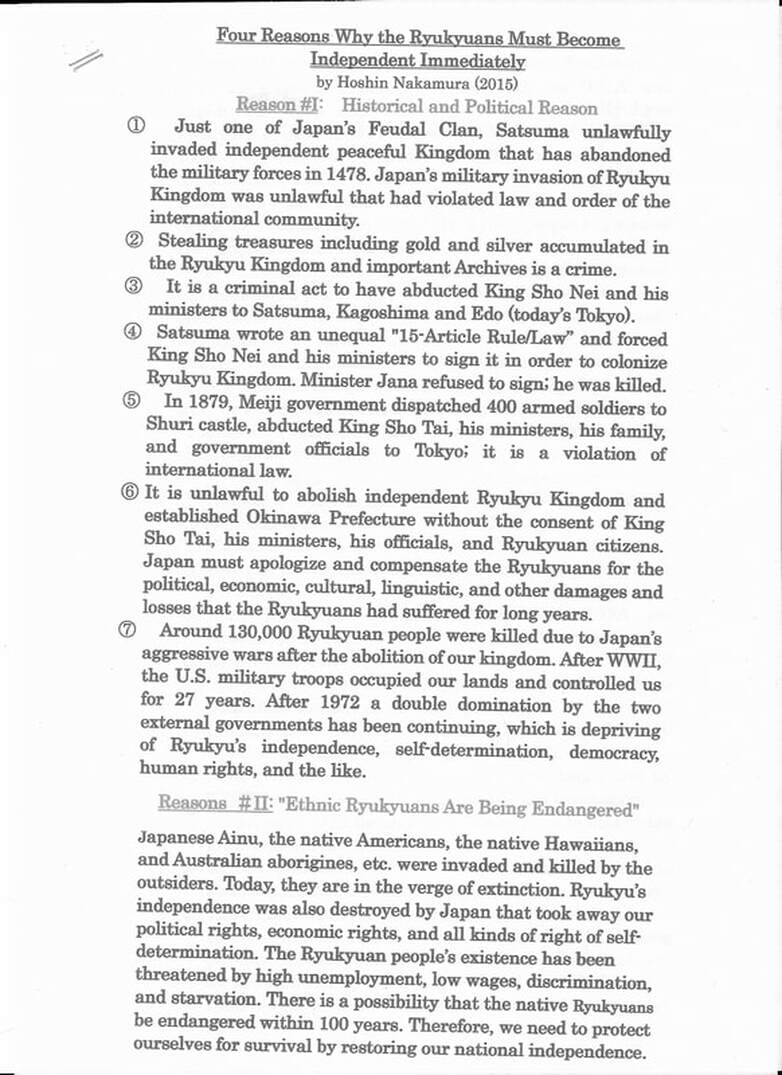 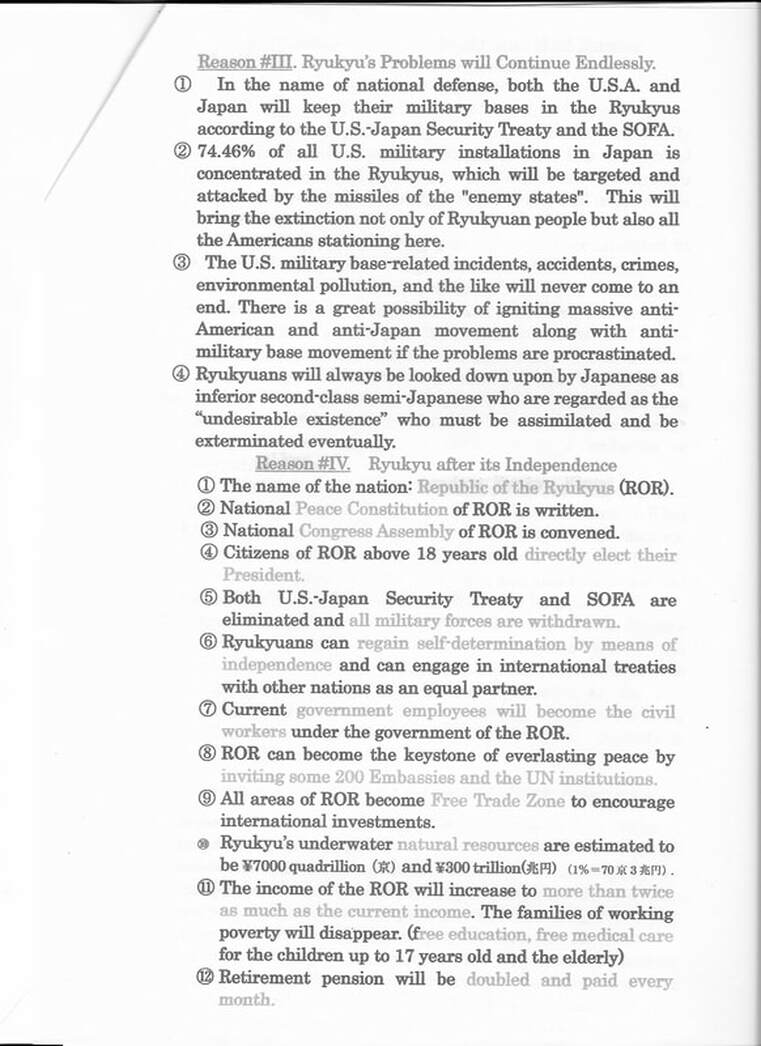